Almost 90% of global coffee production consists of mass produced coffee and very little is known of the origin of such coffee. Coffee People aims to lose the anonymity of coffee by introducing coffee farmers and coffee drinkers. In October 2016 some members of a small Colombian tribe of coffee farmers visited Estonia on the initiative of Coffee People. Through elaborate PR-campaign Coffee People was introduced as socially responsible and distinguishable coffee company and the issues of mass produced coffee industry were carefully communicated in media and to wider public. As a result Coffee People's coffee sales in retail have since increased by 25% and the company has been contacted by new organisations that want to start selling their coffee. 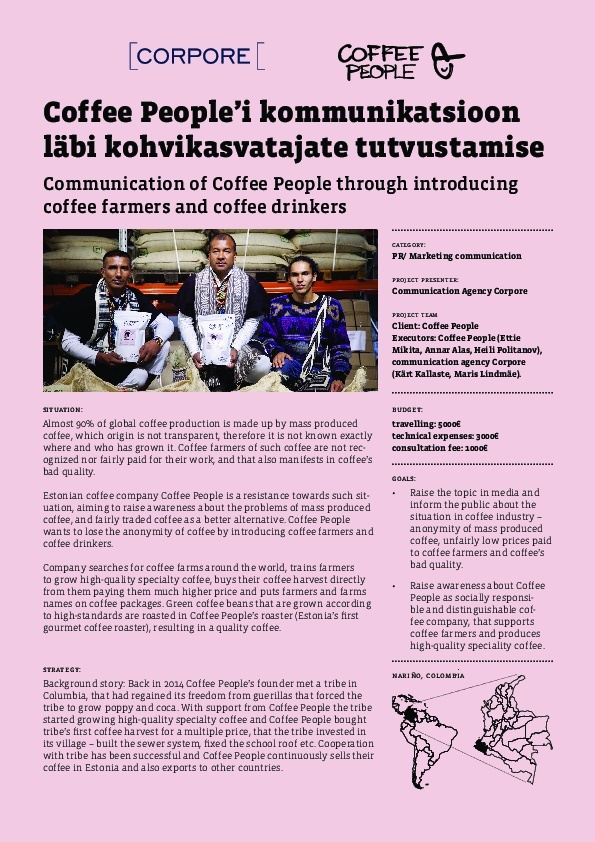 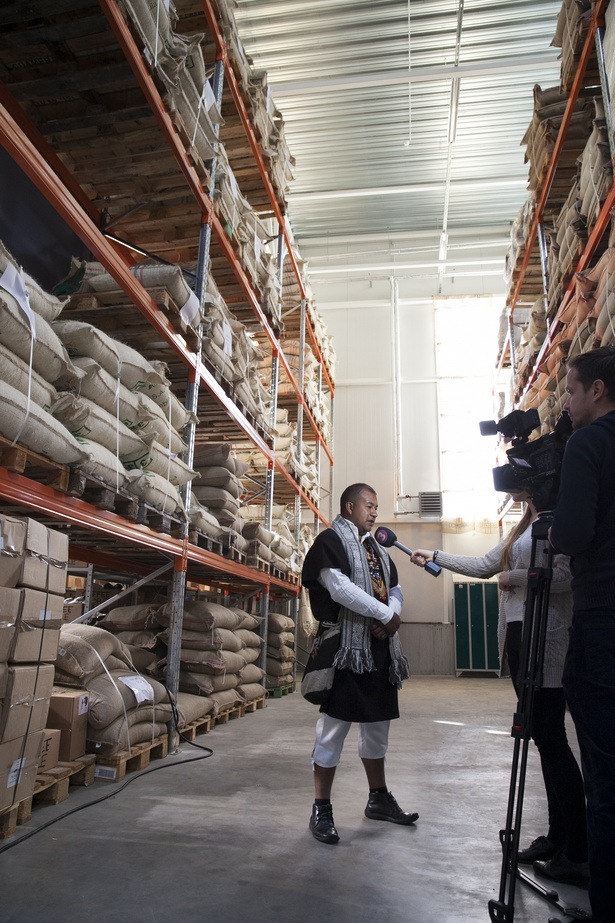 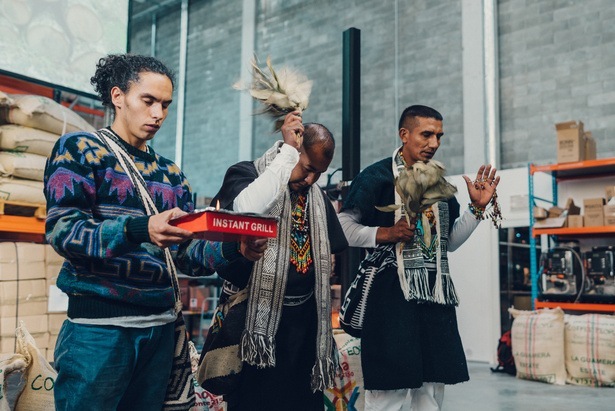 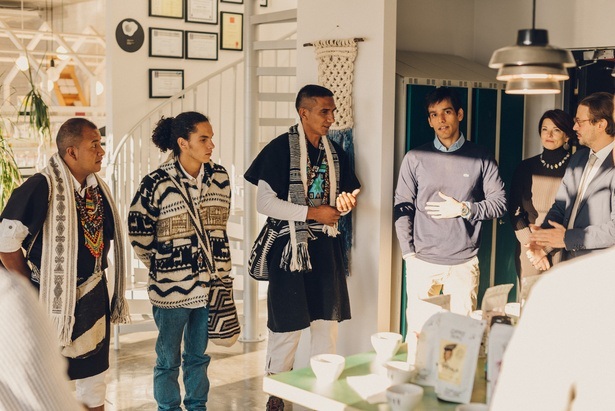 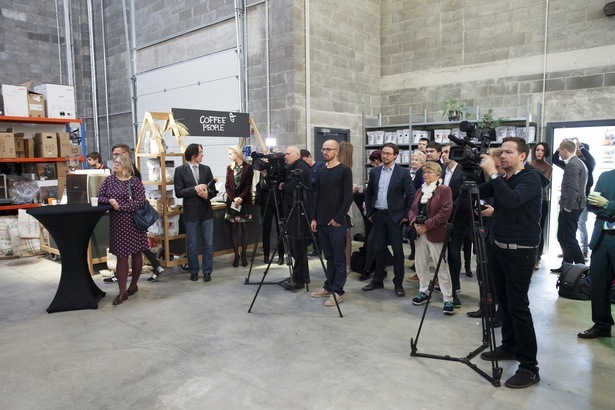