‘The Hole in the Donut’ is a hand-developed film shot in 16mm and digitally transferred to loop infinitely. The piece explores the representation and destabilization of linear conceptions of time. Astrological phenomena serve as points of reference; celestial orbits and cycles, lunar/solar eclipses, and the periodic alignment of planets in the sky. The piece addresses the absurd, futile and melancholic human need to make sense, order and pattern out of a vast, often chaotic, universe.

These phenomena are considered by way of an investigation into the limits of analogue photographic media, utilizing structural filmmaking techniques such as fixed framing, accelerated shutter speed, close up shots, slow motion, and the polyrhythmic use of three conflicting rhythms. 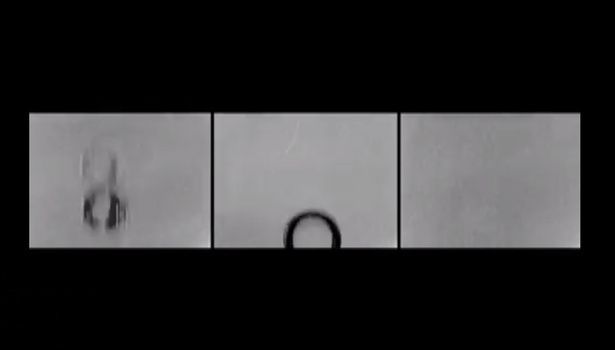