In February of 2016, Samsung successfully launched its current flagman of phones – Galaxy S7. Couple of months later, a news came in that Samsung also launches a pink model of the same series and despite the fact that there were already 110 media coverage about S7, the pink phone had to be launched successfully. Since the main wish was to reach fashionable consumers and be different, our general basis for the strategy was to connect technology and fashion to one-another. We decided to involve TOP fashion bloggers and journalists as well as brand ambassadors, and spread the message of the new phone through them. For the launch, we created a trendy fashion and technology workshop, which was well covered by media, bloggers and Estonian fashionistas. Campaign results were great. 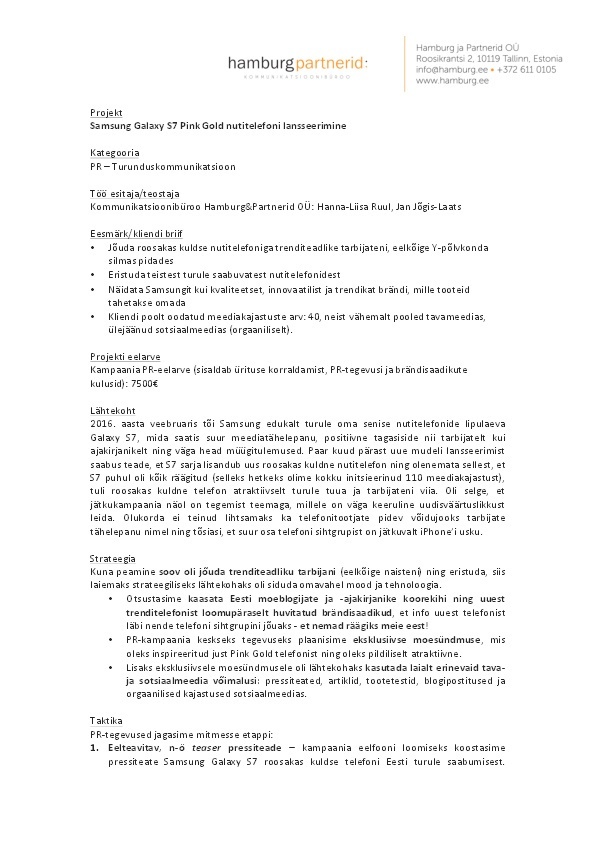 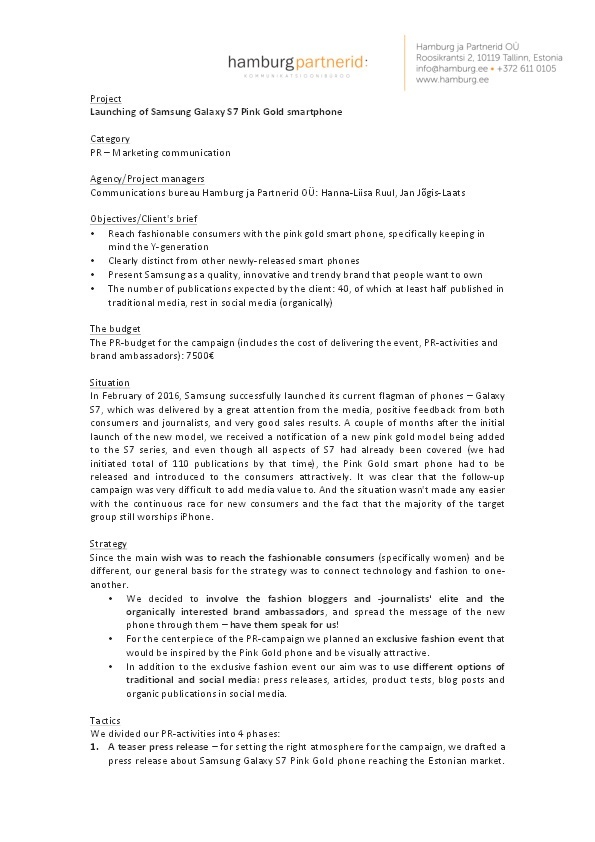