Taska Film decided to screen the comedy "Klassikokkutulek" which proved to be extremely successful in Denmark and Finland, also in Estonia. An over ambitious goal was set to the low-budget movie: 64 000 movie-goers and positive reception by media.

The purpose of the PR-campaign was to support achieving the major objectives via the activities before and after the premiere as well as during the so-called premiere red-carpet event.

We used an unprecedentedly aggressive, powerful and Hollywood-like approach, in the good meaning of the word, to influence strongly and positively the behaviour of people (going to the cinema) via public space.

The campaign exceeded all the expectations breaking every record at the box-offices. In addition to that, we got mainly positive or neutral media c 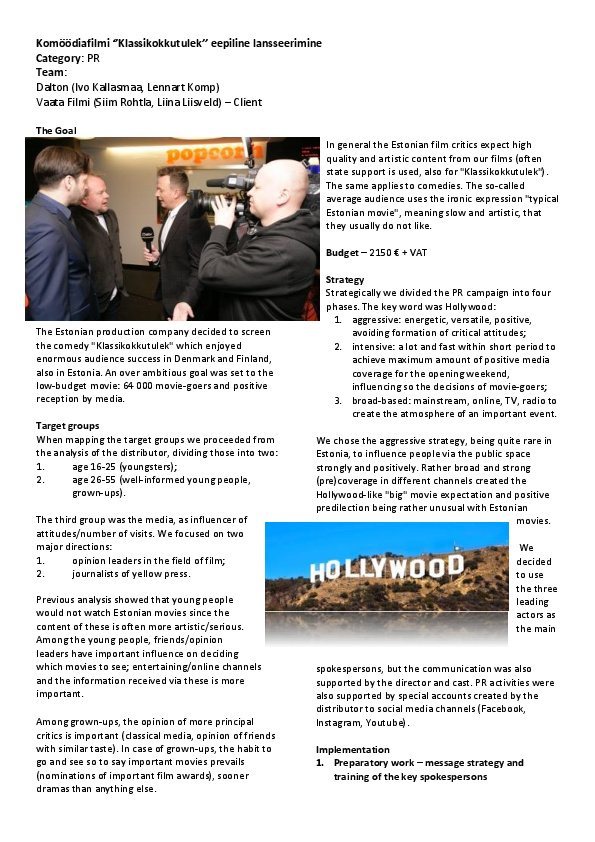