Goal:
To raise awareness among men – so they would know to look out for the symptoms which mean that they should visit a urologist immediately. In the same time we wanted to create an impression that this was not something one should be ashamed of.

Solution:
Estonian weekly Eesti Ekspress has a legendary Kosmosemutid/Suburban Hags comic series. In November – the month of men, Movember – we also published the comic series Suburban Dudes that appeared next to articles that talked about our issue.
The comic strips were funny, but still conveyed the important message. They were also used as stickers in public bathrooms and as directed banner ads. 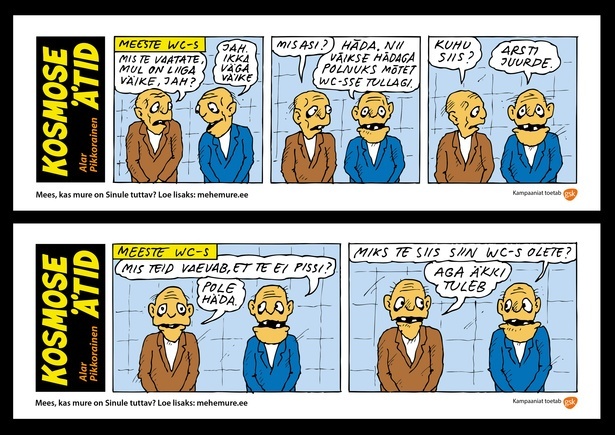 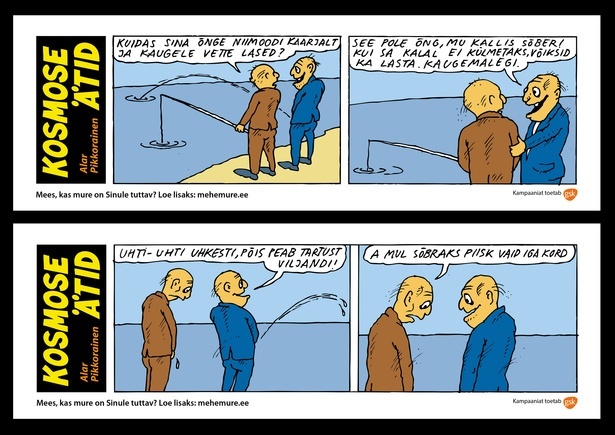