Game Show was a new concept in internal corporate events. Instead of choosing one activity as a theme, we created a series of games. The goal was to increase the level of internal communication and get up to 200 participants. First rounds consisted of 9 tasks that were prepared and led by professionals. Game lasted from October to January, each week some teams were eliminated. 5 best teams made it to the finale in Nokia Concert Hall. Main goal was exceeded by 50% - more than 300 participants. 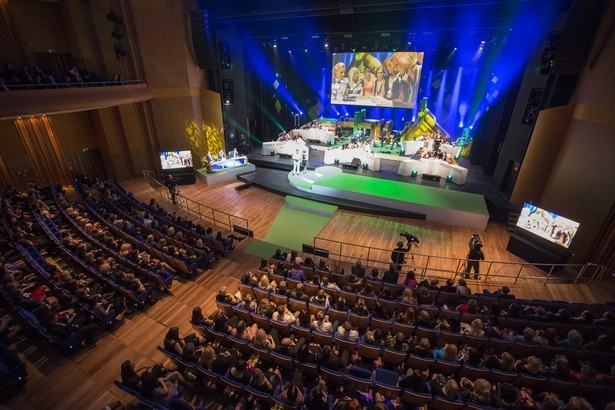 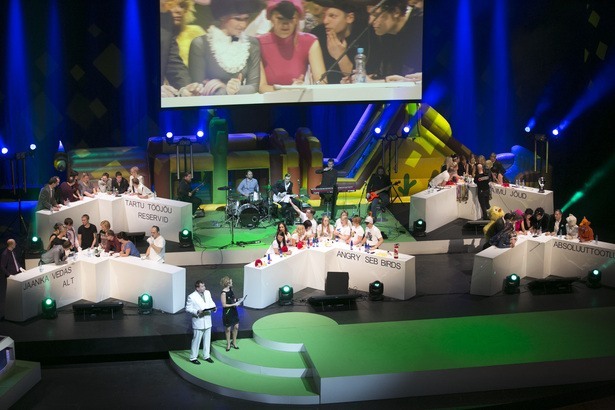 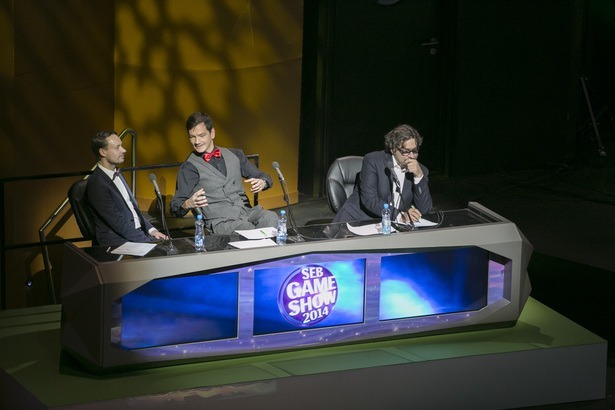 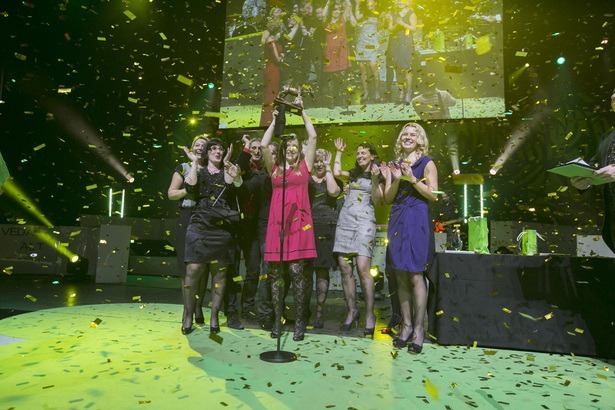 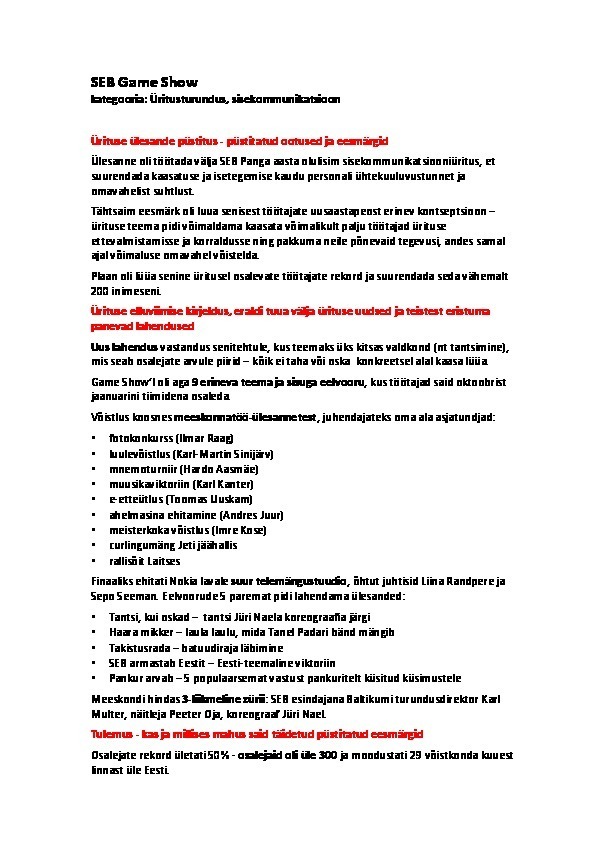