Solution:
The letter “A” in combination with diacritics from Estonian, Latvian and Lithuanian alphabets became a special symbol and a hero of identity. The logo functions as a symbol itself, yet, it is also an indefinite article for different materials which names and brands individual items - A bookmark, A notebook, A t-shirt, A program, etc.

Result:
A solution allowed us to visually represent all three countries in one simple symbol - one alphabet letter. It also has a direct link with the theme of the fair, and its visibility and visual strength helped the markets in focus to be well noticed. 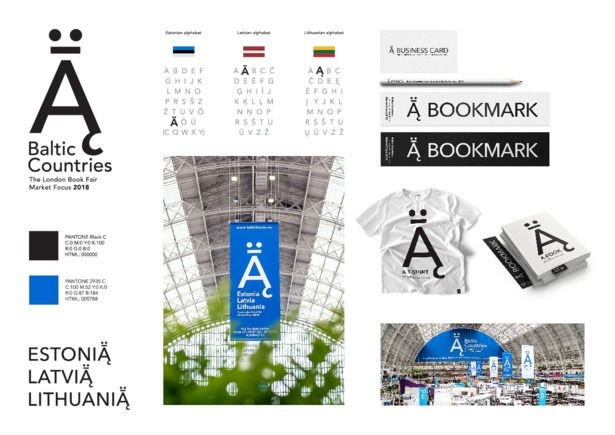