BACKGROUND:
1 in 7 women in Georgia fall victims to domestic violence.

In a society where family's image overshadows everything else, publicly voicing your opinion against domestic violence is unacceptable.

Society forces itself into blindness and ignores the problem.

STRATEGY:
To highlight the way inaction correlates with domestic violence, we created an AI powered web-site and used the most widespread symbol of ignoring the problem

IDEA:
We created an AI powered web-site with an implemented eye-detection tool.

As long as you keep your eyes closed, endless loop of violence goes ON. Opening your eyes is the only way to stop it.

RESULT:
After the campaign our hotline received 500% more calls from both the victims and the witnesses. 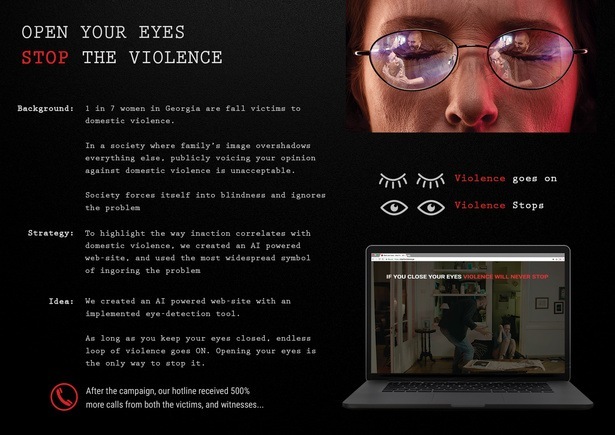