More than 100 000 people in Estonia are forced to earn their living working abroad. Resulting in almost 10% of our whole population being separated from their families. At the heart of our campaign was a cutting story of a tough Estonian family of six, who has thus far managed to defy the odds. However, not without countless sacrifices. As the father works in Finland to support the family, the mother has a full-time job in Estonia raising four children most of the time by herself. 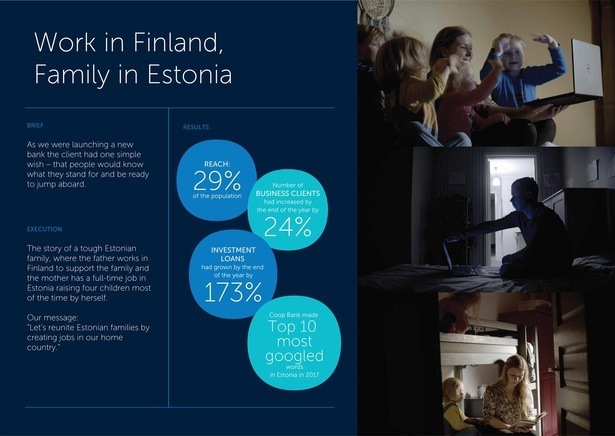