GRITE is oldest and probably the biggest hygienic paper maker in Baltic states. It was losing to global brands image wise. Considered old and low quality in consumer minds it was next to discounter brands. We had to bring new brand purpose to life.
So first we created premise for image campaign: launched teaser campaign about a guy who lost his love just because he wasn't cleaning. Right then story was picked up by media and even other brands we launched image campaign about GRITE the peacemaker.
We managed no only to raise awareness, but also increase pan-Baltic sales by 4% even discounting less then previous year. 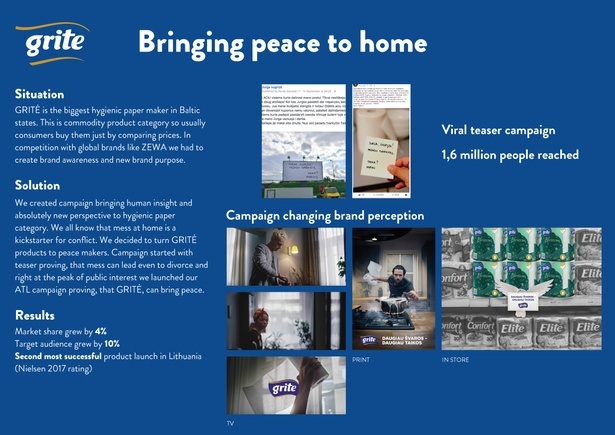