McDonald's was once seen as a symbol of Western culture, but now in the eyes of its audience, it is considered as "an old guy wearing a suit and carrying suitcase full of money." Our challenge was to restore the relevance of McDonald's in the Baltic States among millennials. Moreover, McDonald's has local nicknames that are often used by target audience instead of the official brand name. More precisely - "Maķītis" in Latvia, "Makas" in Lithuania and "Mäkk" in Estonia. A guerrilla stunt was organized - covering the McDonald's sign with the local nicknames to create a buzz among the target audience. We reached 49% of all Facebook users in the Baltics. And sales of core products increased by up to 42%. 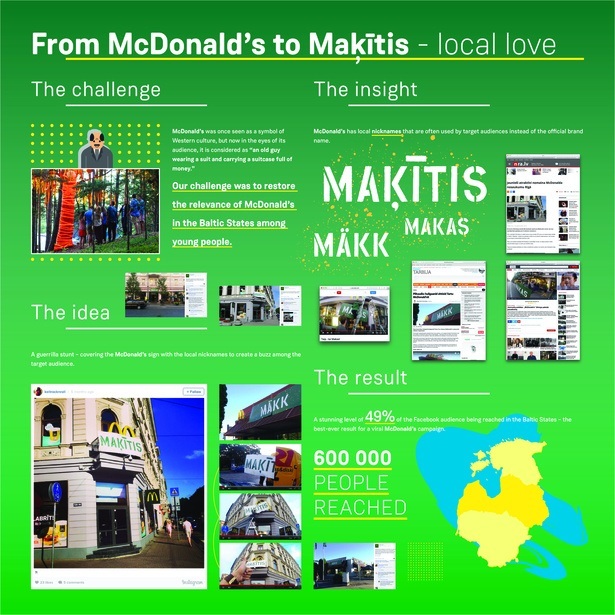