The objective of the campaign was to use existing traditional media surfaces in an innovative and artistic way. We decided to create the most simple web banner in a way it has never been done before – by painting it on a large canvas frame-by-frame.

The campaign was launched in Estonia’s most popular web portals to achieve maximum target group coverage.

The new cider exceeded Saku Brewery’s expectations: within the first six months of the launch, its sales figures went up by 900% compared to Saku’s previous cider of this segment, Kiss Premium Dry. It took just half a year to double the new cider’s market share compared to its main competitors!
Moreover, Nielsen market research revealed consumers were thrilled about the new natural cider. As much as 93% of those who have tasted the new cider are planning to buy it again. Of those who have not yet tried the cider, 88% are definitely going to do it. 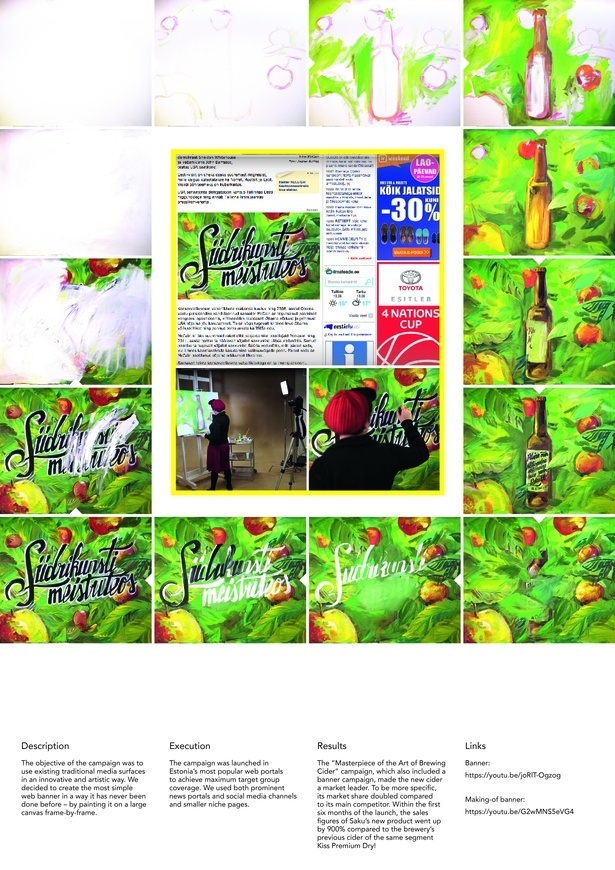